I once knew a family that didn’t do Santa Claus with their kids at Christmas. The reason they didn’t do Santa Claus was because they felt it might lead their children to doubt the existence of God. You see, Santa is basically an old man living far away at the top of the world. He gives you what you want because he loves you. But … END_OF_DOCUMENT_TOKEN_TO_BE_REPLACED

I always wondered about faith.  Evangelicals say that you have to choose to have it.  Calvinists say that you are predestined to either have it or not.  It’s a free gift that you cannot earn.  But you have to nurture and hang onto it.  Catholics and Orthodox Christians practice it with rituals.  So many contradictory ideas. What I have learned is that faith is the … END_OF_DOCUMENT_TOKEN_TO_BE_REPLACED

Is salvation really about avoiding hell when you die? Yes, that’s the popular teaching we’ve all heard, but in this video I explain why this is a misunderstanding and what the truth of salvation actually is. (Hint – it’s better than you’ve been told!) Enjoy! Here’s the link for those of you reading via email. See – I do catch on eventually! 😉 END_OF_DOCUMENT_TOKEN_TO_BE_REPLACED 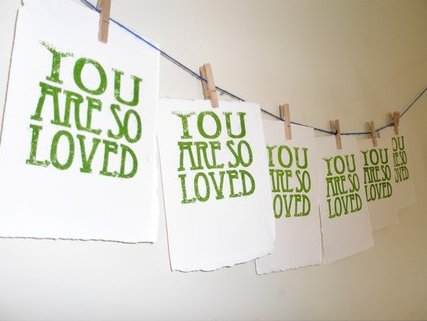 This is what God would want those who claim his name to hear today. Like really today. Right here in the reality that is whatever day it is right now when you’re reading this. Don’t worry, I’m not claiming to have some “prophetic word” for y’all. Although maybe more people would pay attention if I did. And send me some seed money! Yeah. . .

So, I have this prophetic word that God asked me to pass along to y’all. (Click here to make your donation today.) Now, this here is a powerful message I’ve been entrusted with.  I’m just repeating things God has told me will be heard and understood by those who put trust in his word and know the one who is the way the truth and the life. (OK, what really happened was I read the bible. You know, like all the stuff in between the 50 verses you can use to win an argument. And this is what I got from it. And obviously I think you should agree with me.)

Before I move on to the body of this here prophetic word, may I take a moment to remind you that while God allows you to enjoy the food from his table freely, it’s always a good idea to do what you can to help him offset the costs associated with an operation like this. (Yes, I know that makes no sense. The less sense you make when asking for money in God’s name, the more money people will send you. And I need a car.)

Click here to make your donation today. I’m not sure how it will work on your taxes, so I won’t come right out and say that it’s tax deductible, but I’m pretty sure any decent tax guy can find a way to make it work.

Now, on to this here prophetic word. (Which sounds best when being read by the intense, commanding voice in your head, btw.) :

God is God. God needs nothing from us. He takes no satisfaction in seeing people willing to make any sacrifice imaginable to protect their understanding of the Christian faith but are unmoved by the site of despair all around them. He’s not interested in hearing our explanations for why our way really is loving, no matter how much our neighbors say that it hurts.

What kind of father is happy that his kid swept the floor while he’s listening to his other son being beat with the broom? What kind of Father do you think we serve? One who doesn’t give a crap about one of his children just so long as his orders are followed? One who elevates service to him above any other concern? If that’s what you think, either you are under the mistaken impression that God is far less good than you are or I feel sorry for your kids. END_OF_DOCUMENT_TOKEN_TO_BE_REPLACED

“Teacher,” said John, “we saw someone driving out demons in your name and we told him to stop, because he was not one of us.” “Do not stop him,” Jesus said. “For no one who does a miracle in my name can in the next moment say anything bad about me, for whoever is not against us is for us.”  ~ Mark 9:38-40 I have long thought that … END_OF_DOCUMENT_TOKEN_TO_BE_REPLACED

As [Jesus] was setting out on a journey, a man ran up to Him and knelt before Him, and asked Him, “Good Teacher, what shall I do to inherit eternal life?” And Jesus said to him, “Why do you call Me good? No one is good except God alone. “You know the commandments, ‘DO NOT MURDER, DO NOT COMMIT ADULTERY, DO NOT STEAL, DO NOT BEAR FALSE WITNESS, … END_OF_DOCUMENT_TOKEN_TO_BE_REPLACED

A random thought to ponder: After the angels who announced the birth of Jesus, only demons ever spontaneously recognized Jesus as “Son of the most high God.” The devil’s theology is probably more perfect that yours or mine will ever be. Except that he doesn’t understand love. END_OF_DOCUMENT_TOKEN_TO_BE_REPLACED

Church people are people who will object to the way something is said rather than deal with the substance of what has been said. Or someone who keeps making arguments meant to address things you never actually said and don’t necessarily think. If they do listen, it’s only so they can look for footholds they can use to render what you say invalid. Or someone who, once they realize they can’t defeat the ideas they disagree with, falls back on looking for excuses to discredit and dismiss the messenger – “you’re obviously emotional/you don’t even belong to a church/you’re in rebellion” etc. Charges of hypocrisy are almost always involved. None of these behaviors are unique to church people. But that’s just the problem, isn’t it?

I don’t usually talk much with church people. I mean, I have spent plenty of time talking with and listening to church people in the past. And I’m plenty happy to engage with them on matters where we’re in broad agreement. But usually, I keep my interactions with church people to a minimum because at some point we’re going to disagree and I either need to just bite my tongue which after a while just means giving up your right to have your own voice. Or I can attempt to have a conversation about it. Which is pointless once everything that can be said has been said and rejected on all sides.

Plus, I have a sharp tongue and a thick hide, so I am often much ruder and blunter than I ought to be. I can be a bit much for a lot of church people to take. And I get that.

But yesterday seemed to be my day for dealing with church people. I would say I did my best to be nice, but I did have to apologize to someone for attributing his callous disregard for vulnerable human beings to his male genitalia. I have to give him props for accepting my apology and moving on. So maybe I didn’t do my best, but I tried my best. Which is all anyone can really ask.

Towards evening, I inadvertently got caught up in my third conversation with church people of the day. (I sometimes forget that just because something is obviously true, doesn’t mean it isn’t controversial and accidentally said something that got several people all riled up.) I think I handled that one pretty well. I’d be practicing all day so I wasn’t all emotionally wound up. But for at least the third time that day, people assumed that I was angry at the church or highly emotional about it or had been hurt by the church.

None of those things is remotely true, but then I went to my blog and noticed that on the front page are posts titled “Churches Don’t Like You When You’re Suffering”, “In the End Times, No One Listens to Their Pastor” and “The New Reformation”. And I realized that I may well be giving people the impression that I’m hostile to the church. Which is not the case at all. So perhaps some clarification is in order. END_OF_DOCUMENT_TOKEN_TO_BE_REPLACED

Since the 80s at least, brave Christians have been noticing that there is some syncronicity between the mystical practices and teachings of Christianity and New Age theories. Being a fairly adventurous sort of mystically inclined Christian, I understand the allure. But in the end, I would strongly warn people against delving in too deep.

Many Christians warn against New Age teaching primarily because getting involved with New Age teachings is so frequently associated with leaving Christianity altogether or morphing it into some sort of strange hybrid. I very intentionally made a commitment to remaining an orthodox Christian (the historical version of orthodox, not any of these new fangled post-Constantine versions these kids these days are into) before delving into any New Age materials. Which I’m glad I did because some of it is just right there on the split edge of truth. It’s very easy to see why people who start down that path so often follow it. But I just kept coming back to the fact that at its core is a very shaming message.

At the core of New Age teaching are a lot of ideas which are really shaming to people who are struggling. No matter how gently they try to put it, the basic message is that there is something at the root of your suffering which must be addressed or corrected before you can reach enlightenment and end your suffering. I think even Christians like Richard Rohr get caught in this idea of the root of our suffering being about what we need to fix.

I know it’s meant to be empowering and hopeful, but when you’re six feet under and ready to die from pain, being told that your ego is at the root of all your suffering is not helpful. I mean, go tell that to the little girl who just got sold into slavery. Or the woman who did it. I call bullshit.

Then there’s the “name it and claim it” theology of The Secret. I also have a hard time with any practice which requires you to spend money on crystals and oils and classes. That chakra balancing Thai Yoga massage would probably do wonders for me, but not at $80 a pop.

New Age teachings very consistently fail to serve the needs of those who are poor, oppressed and suffering. Which means that they are not and cannot be the road to humanity’s freedom and enlightenment.

Among New Agers, what may need fixing is your ego or false self or energy balance or whatever. And none of it may be bad in and of itself. I’ve been thinking I have a blocked throat chakra for a while myself. But for a desperate person to be told “here are the answers” only to discover that the answer is “it’s all your fault for doing it wrong” is cruel. It’s no different than what Job’s friends did to him, except there’s a marketing arm involved.

I think Christianity is the only faith which offers a real answer to people who are suffering. It basically tells the suffering person that  END_OF_DOCUMENT_TOKEN_TO_BE_REPLACED