I really hate that we’re even having this conversation because it’s so damn stupid, but no one is disrespecting the flag. That’s just a bald faced lie. Kneeling is not a gesture of disrespect. It’s a prayerful, reverent position. If Kapernick had said he was kneeling as an act of patriotic fervor, no one except the Jehovah’s witnesses and the Mennonites would have objected. But … END_OF_DOCUMENT_TOKEN_TO_BE_REPLACED

Very early in his career, my (African American) husband was on a temp-to-hire job doing complex data analysis – something he excels at. He had a 60 day review which was outstanding and his boss commented on how quickly he was performing as well or better than long time employees in the same position. Typically the 90 day trail period they put new employees through … END_OF_DOCUMENT_TOKEN_TO_BE_REPLACED

I was once offered a job simply on the basis of how I said my name. People sometimes stop me and ask if I sing. I had a teacher who let me into class without a late slip if I would say my name for the class. Such is the great power of my voice. Which I, of course, think is weird. If my voice … END_OF_DOCUMENT_TOKEN_TO_BE_REPLACED

Hey y’all! I just finished my fancy pants appearance on Moody Radio’s Up For Debate. (That I told you about yesterday which you would know if you had been paying attention. See the things you miss when you’re not paying attention?) Anyways, I will get the link to the show up just as soon as it’s available. Almost immediately after the show was done, I … END_OF_DOCUMENT_TOKEN_TO_BE_REPLACED 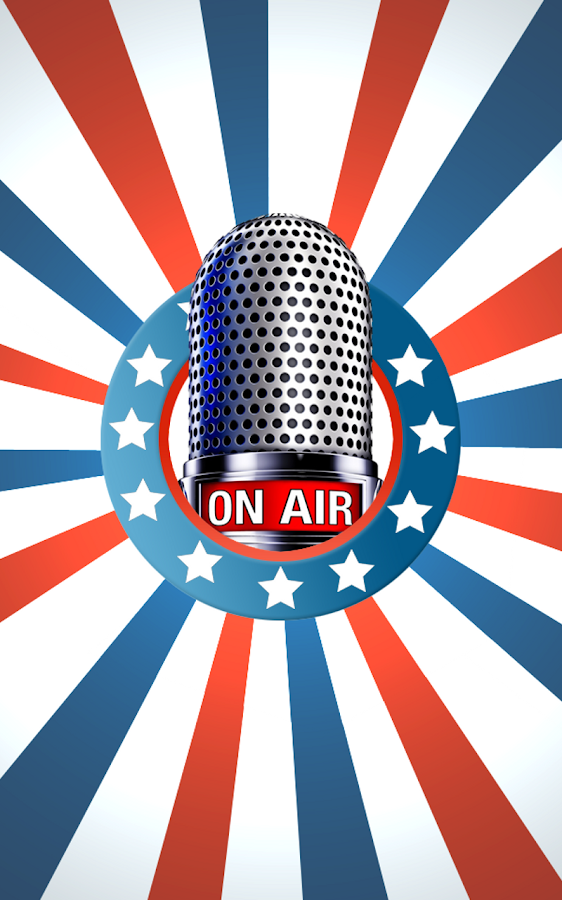 So there’s this lovely woman named Judy who produces the radio show Up For Debate with Julie Roys on Moody Radio. And I think she might be slightly incompetent. I mean, I’m no expert in these things and I certainly can’t predict the future, but it seems likely that come Monday morning she’s going to be having a serious conversation with someone higher up about whether she has the judgment required to perform her duties. Why do I say this, you ask? Because the poor dear went and asked yours truly to be part of an hour long discussion on the church, race and Ferguson. And I, having a big mouth, lots of opinions and no qualms about taking advantage of dear Judy’s foolishness, said yes.

So, if you’d like to hear me engage in my usual tomfoolery (hopefully without the typos, grammar glitches and random gibberish that I like to sprinkle in my writing), tune in. It’s on Moody Radio from 8-9 am, central time, tomorrow morning. Program info and station information can be found here. And if you really love me, call in and gush about how amazing I am and how every good Christian should listen to everything I say. Depending on how it goes, I might need the help!

In all seriousness, say a prayer for me. END_OF_DOCUMENT_TOKEN_TO_BE_REPLACED

The mouse on my computer broke. So now I’m back to writing on my kindle. Which is a marvelous bit of technology, but it has all sorts of quirks which can easily double the time it takes for me to do a post. And the spacebar for the keyboard is gimpy. But since I don’t even have money to replace the mouse, I’ll just have to limp along the best I can.

I’ve been thinking a lot lately that when I finally break free of all these obstacles, I’ll astound everyone. It’s like I’ve been trying to play the game wearing weights. If I could just get free and have a fully functioning computer, a good internet connection and a few hours a day without children, well, you just won’t believe what I can do.

As I was contemplating the rather unpleasant task of writing on my kindle (something I did exclusively for at least six months), it occurred to me that this is why we hear so much more from rich people than anyone else. If you’re rich, you can grab a few hours which you would otherwise have spent playing Sugar Crush and write something thoughtful on your nice computer without any real delays or impediments. Or maybe you’re more of a take my Macbook to Starbucks to write sort of writer.

But when you’re not rich, you have to type out the word six because the six key doesn’t work any more. And putting in a hyperlink requires the sort of planning skills normally reserved for major military operations. It’s like driving one of those cars that you have to roll down the window to open the door. Everything’s just much more work when you don’t have access to resources.

And having crappy, unreliable technology is a first world problem. Imagine what it took for those women in Nigeria to get the world’s attention when their girls were taken! It’s really no mystery as to why people who are powerful and influential are usually white American men. It’s not that every white American man has resources. It’s just that nearly everyone who has resources is a white American man. Having resources removes so many obstacles that what is impossible for other people is possible for them. And that is a big part of our problem.

Having resources doesn’t necessarily make the path to sucess a clear and easy one. You still have to work harder and be smarter and overcome more than everyone else in order to acheive great things. I mean, Paris Hilton’s family says she works very hard and I believe them. It wouldn’t surprise me at all if she puts in sixty hour work weeks. The thing is that my husband has put in sixty hour work weeks pretty routinely for nearly 20 years. And we can’t even afford to buy a mouse.

(The first person to ask why I don’t get a job wins the chance to find me a job with hours that work for our family, arrange the care of our kids by someone who is able to provide high caliber, on demand tutoring, counseling, and training in the ways of the world customized to each child’s needs, obtain transportation, clothing, housekeeping, cooking and taxi services to make that all happen. Good luck. Let me know when you get that all worked out.)

Aside from being bullshit, the connection between who has the existing resources and who gets seen and heard and rewarded is more sinister than we realize. You know the proverbial “they” we always hear about? The ones who tell us what other people think of us and what’s normal and what’s a problem and what’s expected of us and what failure looks like? Sometimes people will joke and say, “who is this ‘they’ you keep talking about?” Well, the answer to that is simple. END_OF_DOCUMENT_TOKEN_TO_BE_REPLACED

Guys, what is this world coming to? Aljezeera America recently used the parable of the talents to explain current events. Christianity Today, the flagship publication of conservative, Evangelical Christianity, is promoting interracial marriage. And discussing racism. And even relying on the voice of a black women to explain the theology of the whole thing. The world’s going all off kilter here.  I know the rest … END_OF_DOCUMENT_TOKEN_TO_BE_REPLACED

Hey – want to watch me stick a fork in an electric outlet? ‘Cuz that’s pretty much the same thing as being a white person who talks about black folks, right? Or at least some would have you think so. But I’m going to do it, because African Americans are forever getting dumped on in our society and are rarely called out for all the things that are great about them.

Now, before I get started, allow me to provide proper cover for myself. For those not in the know, I’m married to a black man. I have 5 mixed race kids and two African American stepsons. So if nothing else, my “I have black friends” creds are actually solid. (I’ve written more about my experience with race here and you can learn more about my $.99 ebook on race in American here.) Of course, there is as much variety among black folks as among any other group of people. I’ve known sweet, shy, reserved black women and loud, sassy, confrontational black women. Macho black men and nerdy black men. And the things I’m going to list here aren’t universal. There are always people who go against the grain. But as a general rule, these are things which I have observed to be common among black folk I have known that are not nearly as prevalent among the white folks I have known.

Of course, every positive trait has a dark side when pushed to far. My goal isn’t to idealize African Americans, but like I said, we continually dump on black folks and discuss problems in the black community. For this post, I’m just focusing on things which I personally appreciate about black folks I have known. So having properly covered my ass, here goes:

1. They respond to your problems with grace and understanding.

Probably because black folks have had to deal with so many really serious, awful problems for so long, they aren’t particularly phased by your problems. Usually they’ve heard or seen it all before – and worse. And if your life is going to hell because you did something wrong, well, the black folks I’ve known probably disapprove of your dumb choices as much as anyone else. But they also know that you’re the one who is going to have to live with the consequences of your dumb choices, so there’s really no point in piling on. Better to help you move forward than waste time berating you much less exacerbate the problem by turning you out. In my experience, if your life goes all to shit, you’re much better off going to your black friends or a black church for support than to your average middle class white person or church. END_OF_DOCUMENT_TOKEN_TO_BE_REPLACED

I am the whitest of the white girls.  I just am.  I’m cool with that.  One of my black girlfriends told me that when she had moved to the Chicago area back in the 80′s my hometown was one of two places she was told by her mother to avoid ever being in.  Before going to high school, the only african american I had ever spoken to was working at a store.  But, one of the first people I met at the Catholic high school I attended was Elaine, an African American from Joliet, a small industrial city about 30 minutes from my home.  We were both in the honors program, so we had most of our classes together and we hit it off.  We shared a wicked sense of humor and spent inordinate amounts of class time writing long notes whose main purpose was to get the other person to laugh out loud while reading it.  I can’t believe we never got caught!

We never really talked about it, but there were differences.  We were BBFs (Best Buddies Forever), not BFFs.  Mostly she ate lunch with the other black kids and it never occurred to me that she would do otherwise.  It’s got to be hard spending all day surrounded by people who can’t really “get” you and may not even like you no matter how good or nice or cool or talented you are.  I’d want a break too.

Looking back, I realize that I was white-girl clueless in a way that a less tolerant and kind person might have been unwilling to deal with.  END_OF_DOCUMENT_TOKEN_TO_BE_REPLACED