One of these days, I’ll have to tell you about my oldest son Noah. He was really something. Even my mom didn’t want to watch him. And she had 9 kids. But that’s a kind of long story for another day. Suffice it to say he was challenging.

One of the things which made Noah particularly difficult is that he simply wasn’t responsive to punishment. He wasn’t vulnerable to any sort of trickery. “Flattery will get you no where” may well have been his first complete sentence. Time out was me dealing with a two hour fight and I’m sorry, you don’t get to just make me miserable for two hours straight like that. Day after day. Just . . . nothing I tried really worked. He was getting better over time, but good Lord, at the rate we were going he was going to be having temper tantrums on his honeymoon.

I think it was while reading some book on positive parenting that I came across the idea which actually worked. And it’s the discipline trick I’ve turned to almost exclusively with all my other kids. Because it works. AND it teaches them skills that they need to be good, healthy people. But it’s so simple, you might think I’m crazy. END_OF_DOCUMENT_TOKEN_TO_BE_REPLACED

Yesterday, I wrote about how the changing role and nature of authority in our lives demands that we change the way we parent our kids. Which is why my first rule of parenting is to raise good men and women, not good children. Of course, as the existence of our prison system and the IRS demonstrate, authority still exists. Our kids do need to know … END_OF_DOCUMENT_TOKEN_TO_BE_REPLACED 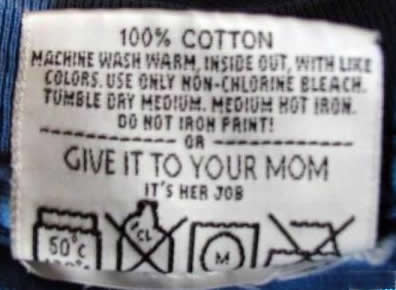 Want to drive yourself crazy?  Do what I do: have a set of kids, wait 5 or 6 years and have another set.  Try to figure out if you screwed up the first set so you can better parent the second set.  It’s a terrible pastime, really; going back and revisiting every parenting decision you made along the way to try to judge the outcomes.  … END_OF_DOCUMENT_TOKEN_TO_BE_REPLACED

Here’s a question for you parents: your kid does something boneheaded.  It wasn’t necessarily intentional, but it was entirely preventable.  You discuss with him what went wrong and what needs to be done about it.  At the end of the conversation the kid asks, “are you angry with me?”  What’s your answer? Is there a place in parenting for holding anger over our kid’s head?  … END_OF_DOCUMENT_TOKEN_TO_BE_REPLACED

Yesterday a friend and I were talking about the taboo many people seem to have about correcting other people’s children when they are misbehaving. Then this morning, I found this article from the Today Show about how to deal with other people’s misbehaving/annoying children. In it the parenting “expert” completely accepts the idea that one should never correct someone else’s child even in the face … END_OF_DOCUMENT_TOKEN_TO_BE_REPLACED