Well, it’s been a while since we dropped in on our friends Adam and Eve in the garden. So I figured I might as well make it a week of weird and tell y’all what I’ve been thinking/figuring out about them. For those of you who don’t know, I have a wee bit of an obsession with the creation stories and the story of the … END_OF_DOCUMENT_TOKEN_TO_BE_REPLACED

Behind the scenes, every true artist is far more disciplined and deliberate than it appears from the outside looking in. (PS God is an artist, you know.) END_OF_DOCUMENT_TOKEN_TO_BE_REPLACED

BTW, the picture for this is a drop of sea water, magnified 25 times. My husband thinks it’s gross. My kids and I think it’s amazing. If you’d like a clear view of the picture, you can find it here.  END_OF_DOCUMENT_TOKEN_TO_BE_REPLACED

I want to write about my personal theory on the story of creation told in Genesis 1 today, but I can’t think of any interesting or clever way to start the post. So I thought maybe I could find a good joke about creation to use. After looking for awhile I found this little gem:

A minister, a priest and a rabbi went for a hike one day. It was very hot.
They were sweating and exhausted when they came upon a small lake.
Since it was fairly secluded, they took off all their clothes and
jumped in the water.

Feeling refreshed, the trio decided to pick a few berries while enjoying
their “freedom.” As they were crossing an open area, who should come
along but a group of ladies from town. Unable to get to their clothes in
time, the minister and the priest covered their privates and the rabbi
covered his face while they ran for cover.

After the ladies had left and the men got their clothes back on, the
minister and the priest asked the rabbi why he covered his face rather
than his privates. The rabbi replied, “I don’t know about you, but in
MY congregation, it’s my face they would recognize.”

Of course that joke has nothing to do with creation, but it’s funny so in my infinite wisdom, I’ve decided that’s what counts. Now . . . moving on to the story of creation.

One of the oddities of the story of creation in Genesis 1 is that the order in which things were created makes no sense. First there’s day and night and then later, after there was land and plants, but before there were animals, the sun, moon and stars get made. Water was apparently pre-existing and had to be separated from air to make the sky. So on and so forth.

For creationists, none of this matters because somehow that’s just how God did it. For people who run a wee bit deeper and wider than that, both logic and science say that it couldn’t have happened like that. Those who reject religion say the creation story is just something people made up to explain the world and really means nothing. Christians who don’t blasphemously reject the evidence of God’s own creation in favor of man’s understanding of scripture figure the point of the story is that God made everything, he made it with purpose and it is good.

I personally have my own pet theory about why the order of creation is all jumbled up in Genesis 1. END_OF_DOCUMENT_TOKEN_TO_BE_REPLACED 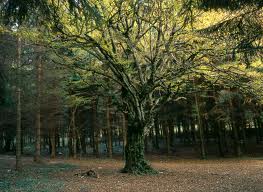 Hi, I’m Rebecca and I’d just like to say at the outset that to the best of my knowledge I’m not actually crazy. And no drugs were involved in the making of this post. Of course, the only reason for someone to start by declaring themselves sane and not drug addled is because they are about to say something which will make people think otherwise. Which is what I’m about to do.

But first, a little background. Perhaps you recall me saying a few times that I have a bit of a fixation on the creation stories. I rejected a literal reading of them ages ago. A supposedly literal reading is incompatible both with the evidence from God’s creation and the text itself. I don’t honestly know if the stories are a figurative retelling of things that actually happened. Or if they are true myths in the sense that they are not true because they actually happened, but true because they happen all of the time. Probably as far as I would go is to say that they tell the story of a deep spiritual reality which has been made manifest in the material world.

I think that the creation stories are important because they are our faith’s explanation for the start of all things concerning us. They give us a peek at our true identity, who we were made to be, what our relationship with creation is, how God works and ultimately, hold the key to figuring out what is wrong with us. That last bit seems particularly important to me, as it is very hard to fix something if you don’t know what is wrong with it.

Over the last 20 years I have spent what probably amounts to an absurd amount of time meditating on and trying to puzzle out the creation stories. There are two things I have learned which are particularly relevant to our discussion here today. The first is that the garden was a place for Adam and Eve live and learn. It was almost like a playground for them in the sense that for a child, the whole world is a playground. Like a playground, the primary purpose of the garden was for Adam and Eve to have fun, but also to develop skills. And like a playground, it probably wasn’t entirely safe, but life with no risk isn’t really the sort of setting which mankind tends to thrive in. Too much is bad, of course, but too little is stunting.

The other thing I have learned is that Adam and Eve were children. Remember the other day when I explained that adam actually means mankind and that when God made and dealt with Adam, he was dealing with mankind? Well, just like each individual person is born needing time to grow up into maturity, mankind is likewise in the process of growing up. There has been a tendency to assume that Adam and Eve were just like us, only without sin. However, Adam and Eve were just like us the same way that 3 year old me was just like me today. I’m still me, and I may or may not have actually improved since them. But inevitably I’ve grown and changed a good deal between 3 and 39. END_OF_DOCUMENT_TOKEN_TO_BE_REPLACED