So let’s have a conversation about the SuperBowl half time show that people are losing their shit over. I’ve been watching the back and forth reactions and talking with people about it and I realized that the problem really is that two people can look at the exact same thing and see two completely different, unrelated events because of differences in culture. For example, when Shakira went up to the camera and did that tongue thing. To me, that looked really lewd. (I was watching with the sound off, so it looked particularly bad.) I have never moved my tongue like that except when doing things I’m not going to discuss with y’all cuz some shit’s private. But since that’s literally the only frame of reference I have for moving that part of my body like that, I just naturally saw something that looked really lewd.

However, as you probably already know, what Shakira was actually doing was performing a zaghrouta. It’s something done by people around the world, particularly in the middle east as a sign of joy and celebration. There’s nothing remotely sexual about it. Little girls do it and perhaps when they’re grown and move their tongue in a similar way for sexual purposes, it carries the memory of joy and celebration because that’s the memory that’s tied to that body movement. Obviously, the movement is not in and of itself lewd or sexual since it’s done in settings and for purposes that aren’t sexual at all. My perspective on the tongue movement is shaped by my body’s memory which is sexual while for people the world over the same tongue movement is tied to memories of celebration and joy. CLEARLY, the fact that Shakira’s tongue wag looked lewd to me is a ME problem and not an accurate representation of reality. If I refuse to accept that my perspective doesn’t define what she was doing, then really I’m just a jerk projecting my issues onto everyone else.

If you listen to people coming from non-western cultures, one of the observations they often make about us is that we are unusually restrained in our movements and behaviors. We don’t often display the physical exuberance, free movement and enthusiasm that is found in many other places. We reserve our hip thrusts and tongue wags and body rubbing for behind closed doors. Which isn’t necessarily a problem except we often make the mistake of thinking that movements which we have never and perhaps would never engage in outside of a sexual context are in and of themselves sexual. But they’re not. Many people in many places regularly move their bodies in ways we restrained westerners only do sexually when there’s nothing remotely sexual going on. What looks to our eyes like lewd, open sexuality is nothing of the sort to someone who has grown up swiveling and thrusting their hips while playing and dancing with their families, etc.

In fact, it’s pretty insulting to others when we presume that they’re engaged in sexual behavior while they’re simply playing, dancing and celebrating. How would you like it if 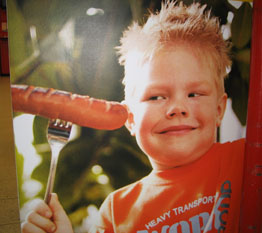 Now, I’m sure that right now someone is thinking that I’m being naive – I mean – look at the pole dancing! Obviously, THAT was sexual! We think that because we associate poles with strip clubs but the practice of using poles for dancing and athletic displays dates back hundreds of years to China and India. Even the pole dancing we associate with strip clubs has its roots in western eyes viewing indigenous Egyptian dancers as sexually provocative (because they dressed and moved their bodies in ways westerners don’t unless sexuality is involved). Traveling shows put these indigenous dancers on stage to make money from leering men and the dancers began incorporating the pole that held up the tent into their dances. Eventually, westerners more broadly were introduced to pole dancing in strip clubs in the 60s. But pole dancing isn’t sexually exploitive in and of itself. It’s hard work that takes a lot of skill and strength. We westerners are the ones who made the connection between pole dancing and strip clubs and now we want to be outraged that everyone else doesn’t accept our perspective as the only valid one?!? Come on people! We can be more mature than that, I would hope.

Even the clothing that the women were wearing. One of the most persistent critiques of western and particularly America culture is that we are unable to see the human form except through the lens of sexuality. It’s as if sex were the one true purpose of bodies and we find it impossible to view a body without being reminded of sex. Which is kind of pathological, to be honest. Obviously, our bodies do all kinds of things other than have sex. They run, carry, jump, play, hold, manipulate and on and on. All around the world and throughout time people have displayed their bodies without any sexual connotations. Just because western eyes have difficulty viewing the human form except 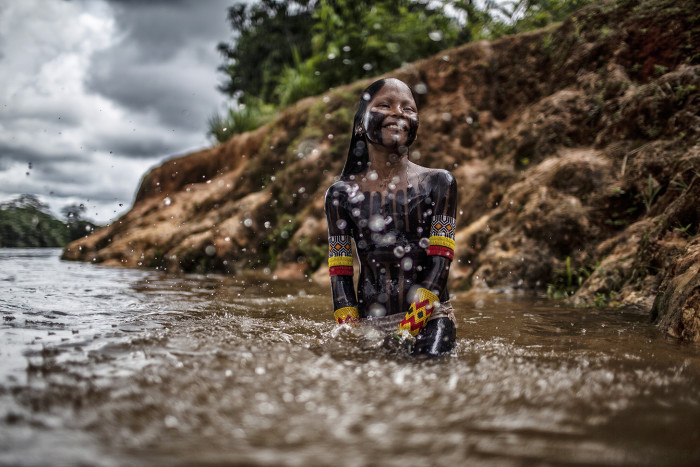 through a sexualized lens, doesn’t mean everyone else does too! If you look at indigenous tribes engaged in religious ceremonies, depending on the climate, it’s not unusual at all to see the religious leaders dressed in ceremonial garb that covers very little of their bodies. It’s not sexual at all. Until relatively recently in the west, nudity during sporting competitions wasn’t even unusual. Not everyone looks at people in “revealing” clothing and sees something sexual.

And this is the point that I think a lot of people who are appalled at the half time show are completely missing: just because YOU saw it as sexualized, objectifying and lewd doesn’t mean that is the reality of what was going on. You think you’re decrying the sexual objectification of women and exposing children to open sexuality while most of the rest of the world thinks that they just watched two women engaged in feats of athleticism, skill and creativity with great joy. When you respond to what others see in those terms by claiming that they’re sexually objectifying women, you’re just telling them that YOU can’t see these women and their skills except through the lens of sex. You’re telling on yourself.

YOU don’t move your body in those ways unless you’re engaged in sexuality so you can’t fathom that a body being moved in those ways is anything other than sexual. YOU struggle to view the exposed female form except through the lens of sexuality so you assume that the point of wearing clothing that exposes the female form must be sexual. But the fact that YOU see all this sex all over everything doesn’t make it a reality. Other people are not obligated to avoid bumping up against YOUR sexual issues. Because that’s really what this is about: western culture has such a weird, stifled relationship with sexuality that we view all kinds of innocent and even fun, joyful things as sexual whether or not they actually are. And then we try to hold ourselves up as the moral exemplars who would never engage in or approve of such behavior. While everyone else stands around marveling at what sick perverts we are to read sex into anything and everything they do.

The bottom line is that just because something can be seen as sexual, doesn’t mean it is sexual. I totally get that those of us who were brought up in cultures where we have clear demarcations between movements that are sexual and non-sexual and dress which is non-sexual and sexual just naturally see a performance like the one at the Super Bowl as sexual. It looked really sexual to me as a white woman raised in a religious environment too. I get it. (And I’m sure that those who don’t view these performances as inherently sexual have no qualms about taking advantage of our sexual peculiarities to make money.) But just because we see it that way doesn’t make it so. When we project our perspective on others around us, we’re actually the ones sexualizing and objectifying women which is supposedly exactly what we’re so upset at everyone else about.

So, chill. It really ain’t that serious, people. And, if I can make a suggestion, it’s probably not a good idea to pass on our narrow views of sexuality to our children. They’re going to be living in an increasingly multicultural world and it just sets them up to be jerks and bad neighbors if they’re going around acting like other people’s joy and celebration are sexually perverse. Sometimes it’s better to just let things go.