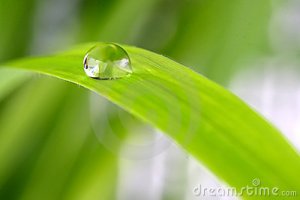 One of the primary purposes of creation is supposed to be to provide a testimony of who God is.  It’s a shame that so many religious people fail to get that.  But for anyone who cares to look, the details which emerge are amazing.  They are amazing in their own right, but they are also amazing because these details are ones that God put in place.  Every physical reality points us to a spiritual truth. (Coming later this week – a blog post on The Theology of Poop! Subscribe now!)

Interestingly, the set of details which religious people are most likely to insist aren’t there – evolution – points us to those spiritual truths which are pretty much completely lacking in most people’s theology as well.  Like growth.  Like getting down to tiny details.  Like knowing that survival relies on adapability and that life is moved forward by mutations, not preseved by purity.

I love the elegance of evolution.  Have you ever looked closely at a blade of grass?  It’s ridged.  That helps to channel water towards the ends of the blade so it will fall to the ground and water the plant.  It’s why grass can grow so close together and part of what made grass successful in places where trees and mosses can’t thrive. It’s so purposeful.

Evolution creates these neat little puzzles to work out.  (people love puzzles!  Wasn’t that nice of God to put that in there?)  Why are panda’s black and white?  Could it be related to their baby’s vulnerability?  Maybe just like with human babies they are attracted to black and white, so the babies with black and white parents were more likely to respond and survive.  Maybe we’re just making stuff up, but if we really want, we can run experiments and see if  we’re right!  Ooooo – what kind of experiment?  This is fun!  Why on God’s green earth would you want to deprive your children of the opportunity to learn this way of seeing and interacting with the world?  Because you didn’t come from no monkeys?  Well, sorry Sparky, but you’re not in charge here.  If God wanted your great to the kajillionth generation grandmother to be part monkey on her father’s side, then so be it.  Who are you to tell him otherwise?

The spiritual implications of the systems and methods of evolution are fascinating.  Think of all the references to the cycles of nature illuminating deep spiritual truths (seasons changing, grain falling to the ground and dying, etc).  As we understand the way God works in creation with more and more precision we will have new insights into how God works spiritually as well.

The ancient Hebrew way of meditating was to take two seemingly conflicted things, hold them together in one’s mind until they started making sense together.  If God is love and creation reflect’s his handiwork, what does it mean to live in a world with predators?  What exactly is God’s relationship with creation if he was able to make a good creation by setting loose a set of rules, principles and material rather than by directing it like a construction foreman?  These are fascinating questions, I think.

Evolution doesn’t deny scripture and scripture doesn’t deny evolution.  (How can reality deny reality?)  But evolution sure does make it clear that we don’t understand it as well as we think we do.  Which is hardly a bad thing.  Spirituality is still in the dark ages in a lot of ways.  Why wouldn’t we want to understand things better, more accurately, more deeply than we do now?  It’s done a world of good in the physical world.  Perhaps its time for the spiritual world to start catching up.  Make our own evolutionary lead forward.

3 thoughts on “I Love Evolution! (A Christian’s Perspective)”