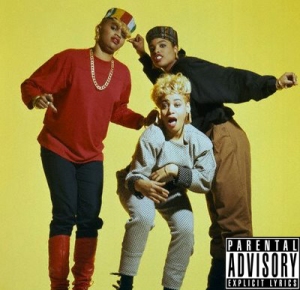 Note: A few years back I did some writing for a now defunct Christian magazine.  I never put these articles up here because the magazine owns the rights to them, but now that they are defunct, well, I’m going to share!

In the early ‘90s Salt-n-Peppa famously sang “Let’s talk about sex, baby” and boy, oh boy do we take their exhortations to heart.  Sex is everywhere.  Even young children are constantly barraged with images, information and messages about sex.

Advertisers and entertainers are busy talking to your kids about sex – are you?  If not, it’s time to get started.

The reasons people avoid talking with their kids about sex are myriad: squeamishness, fear of saying the wrong things, embarrassment over their own failures.  Unfortunately, there is a whole world out there which isn’t embarrassed to talk to your kids about sex and they don’t care if what they have to say is right or not.   With so much noise, you can’t afford not to be in on the conversation.

If the idea of talking with your kids about sex is off-putting, consider something reassuring: your children need good, accurate information about human reproduction, but they can get that out of a book.  A lecture explaining the function of “Tab A” and “Slot B” isn’t what they need most from you.  What they need most from you is discussions about human sexuality.  They need to hear what is and isn’t OK and why.  They need talk about love, commitment and purity.   They need an ongoing discussion with Mom and Dad about what it means to be a healthy, Godly sexual person.

This may seem like an impossible task which pits our cultural milieu against God’s unbending plan for sex.  However, you and God have more influence than you might think.  Polls asking teens and their parents what they think about sex have consistently found that parents and God come out better than might be expected.  A recent survey done by The National Campaign to Prevent Teen Pregnancy found that the number of teens who listed “parents” as having the greatest influence over their decisions regarding sex outnumbered those picking the next five choices combined.  Additionally, 90% of teens say that providing a strong message in support of abstinence is important.   71% also think that religious leaders have a role in teaching about sex.[1]   Your kids are listening and open to God’s message.

What should you say to your kids and when?   We would do well to head God’s words in Deuteronomy 6:7 “Impress [these commandments] on your children. Talk about them when you sit at home and when you walk along the road, when you lie down and when you get up.”  Ideally, your conversation should start as soon as they ask questions about babies and notice differences between men and women and continue on through to adulthood.  This is certainly a different approach than the traditional “birds and bees” talk at adolescence.  However, a billboard along your path advertising “Gentlemen’s” Clubs doesn’t care about your child’s tender age.  Don’t wait until everyone else has had their say to speak up.

As to what to say to your kids, these core principles should guide you:

Whether your child is 6 or 16, there’s already a conversation about sex going on.  Make sure you’re in on the discussion!

One thought on “Let’s talk about sex, baby!”