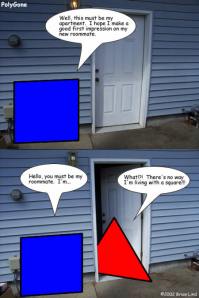 I love my dad, but he was the source of the worst bit of advice I’ve ever recieved (and unfortunately believed for a long time!).  He told me that if you were really remarkable or doing something well, you wouldn’t need to go around tooting your own horn because if it was really that great, other people would notice it for themselves.  Sigh.  If only I could get back the years that I spent believing that.  I have a huge list of things I would do differently and it would have saved me from many long years of sometimes crippling self-doubt.  (And I’m not pinning that on my dad!  No parent should be held accountable for how their child takes every utterance that a parent makes duing their 18 years raising a kid!)

I’ve been in the process of unlearning this bad advice for a while now, so I was happy to see this article on a study done about self-promotion.  It found that people who were working to put forward an authentic, positive presentation of themselves were actually percieved more accurately by others than people who didn’t.  From the article:

IOW, not only is tooting your own horn not necessarily a bad thing, it’s probably a necessary thing for others to develop an accurate view of who we are.  I still struggle with this and often feel misunderstood as a result, so I particularly appreciate getting some re-assurances that it’s OK to show people just how wonderful I actually am!  ;p

For those of us who struggle with this, there is also this:

Prior research shows that when people are motivated to advance their own agenda, they are able to override an initial negative bias. If you are a shy individual who finds yourself extremely reactive to the initial reactions of others, take heart to know that their initial perceptions can be overriden by taking control of the situation and showing them your best and true self. Don’t take things at face value and walk away in defeat. You can control the interaction. Hang in there!

Yay!  That’s excellent news to me as well.  Even if you are shy and neurotic like I often feel, there’s always a good way forward.

Anyhow, as you can see, this article made me happy.  Thankfully, it doesn’t take much! 🙂